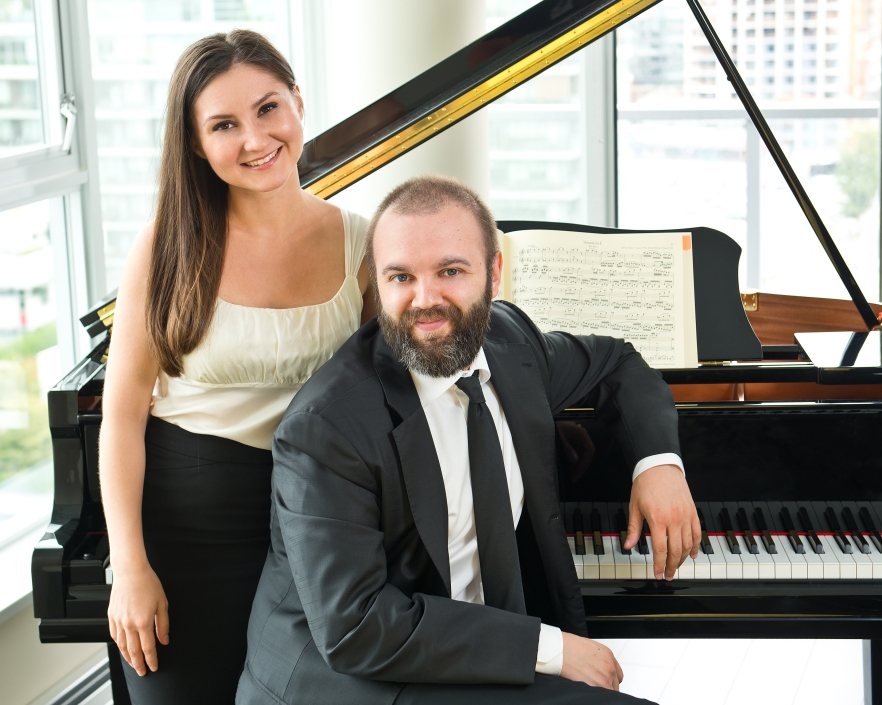 One could say of the Fedorova & Takser piano duet: “they do everything together.” Both were born in Russia, both entered the prestigious College of the Moscow State Conservatory name of P.Tchaikovsky in 2005, and both received their Bachelors degrees in piano performance there.

In 2011 Daria Fedorova and Ilya Takser were fortunate to be selected by Canadian pianist Richard Raymond  to study with him at the Montreal Conservatory. They completed their Masters degrees in 2013, both graduating with the highest distinction (a unanimous decision by the jury after their final recitals).

As promising future soloists, both made their debuts with an orchestra in 2012, led by the well-known Canadian conductors Louis Lavigueur and Raffi Armenian. In their 2013 concert season they performed Carnival of the Animals by Saint-Saens under the direction of Louis Lavigueur to great acclaim.

Having played together since their time at the Moscow Conservatory, Daria and Ilya have accumulated a diverse repertoire from Bach, Mozart, and Schubert to Lutoslawski, Manookian and contemporary Canadian composer David L. McIntyre, and many others including their own original transcriptions for two pianos.

Many of their performances at the Montreal Conservatory have been recorded and played on the radio.

Since moving to Vancouver in April 2014, Daria Fedorova and Ilya Takser have